One of the most popular and versatile styles of bras is the push-up bra. This style of bra is both a padded bra and an underwire bra, with more padding in the lower cup to create the push-up effect. This sexy bra is a favorite choice for both formal and casual attire, as well as lingerie since it is always flattering. A smiliar style is a balconette bra which combines the benefits of push-up bras with a demi-cup bra style.

Also known as a half-cup bra, demi bras only have the lower half of the cup. They are designed with wide-set straps and are the best bra style to wear with low necklines. Demi bras enhance and define cleavage, making them a favorite lingerie look. This style of sexy bra is often worn with formal dresses, but a half-cup bra offers less support than a full-coverage bra for everyday wear.

When you wear a strapless dress or shirt, the last thing you want is your bra straps showing. Strapless bras are designed to offer support and coverage underneath strapless clothing. Strapless bras are available in variety of styles, from underwire and push-up bras for underneath strapless formal dresses to bandeau bras you can wear underneath more casual strapless tops and dresses. You may want to invest in a convertible bra if you're looking for a strapless option. Covertible bras often have straps that can be worn several ways as well as comopletely removed for strapless styles.

When you're exercising, you need extra support. Sports bra are designed to give you all the support you need. Athletic underwear is comfortable, easy to move in and often moisture-wicking to keep you cool when you're working up a sweat. Popular styles of sports bras are ofther racer-back bras, because the straps stay in place and the halter-like fit provides the most support.

You wear them every day, with every outfit. The best bra will emphasize your features and offer support underneath your clothing without being noticeable. The first thing people notice about you should not be your underwear. Finding the right style of bra for each outfit is key to looking your best. The following list of popular bra styles can help you find the best bras for all your favorite outfits, but Upbra can achieve all of these looks with just one bra!
History of the Bra 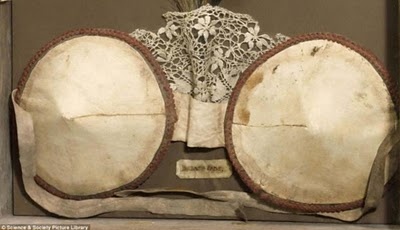 1907 - The Name is Official
American Vogue uses the word "brassiere" for the first time. A few years later in 1911, it iappeared in the Oxford English Dictionary.

1914 - Ribbons and Handkerchiefs
Mary Phelps Jacob, a New York City socialite, receives a patent for inventing the modern bra. She used two handkerchiefs and a pink ribbon to create the "Backless Brassiere." Although no the first design, it was the first widely used. She later sold the patent to the Warner Brothers Corset Company.

1918 - Less Corsets
World War I contributed to the decline of corset-use in America. American women entered the workforce in great numbers and the corset was then deemed an impractical and awkward device that no longer seemed appropriate. The U.S. War Industries Board could also use the extra 28,000 tons of metal that corset manufacturing required. It was enough steel to make two battleships!

Do's and Don'ts for Bra Wearing 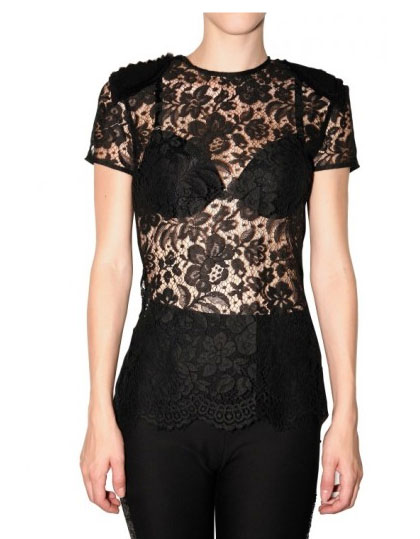 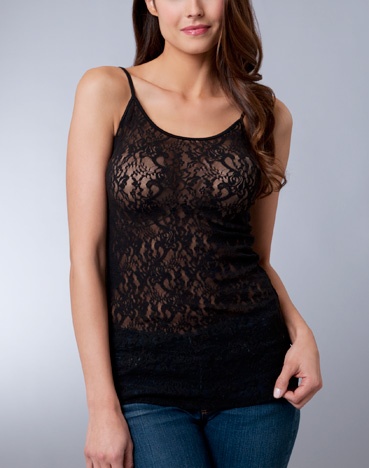 DO -
Wear a strapless bra that blends with the pattern or a tank or cami underneath if you're going to wear lace. It looks much better! 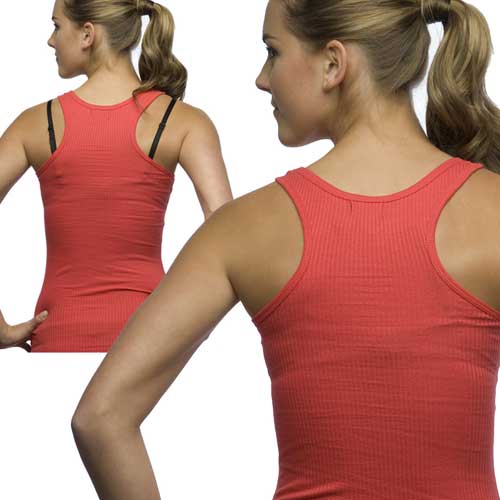 DON'T -
Wear a regular strap bra with a halter top or racer-back shirt.

DO -
Hide your bra straps when wearing a halter top or racer-back shirt. Invest in a convertible bra that will allow you to work with all styles. 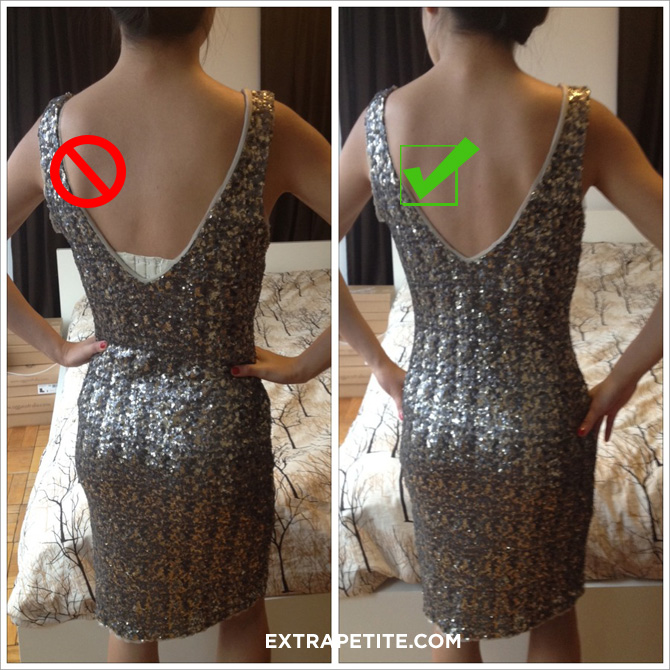 DON'T -
Wear a full coverage bra with a low-cut shirt.

DO -
Use a special plunge bra for those deep V and low-cut necklines. 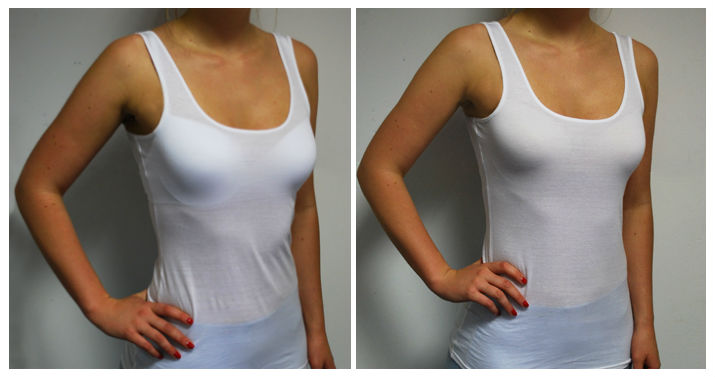 DO -
Find the perfect nude bra to go under those tops that you are unsure about. 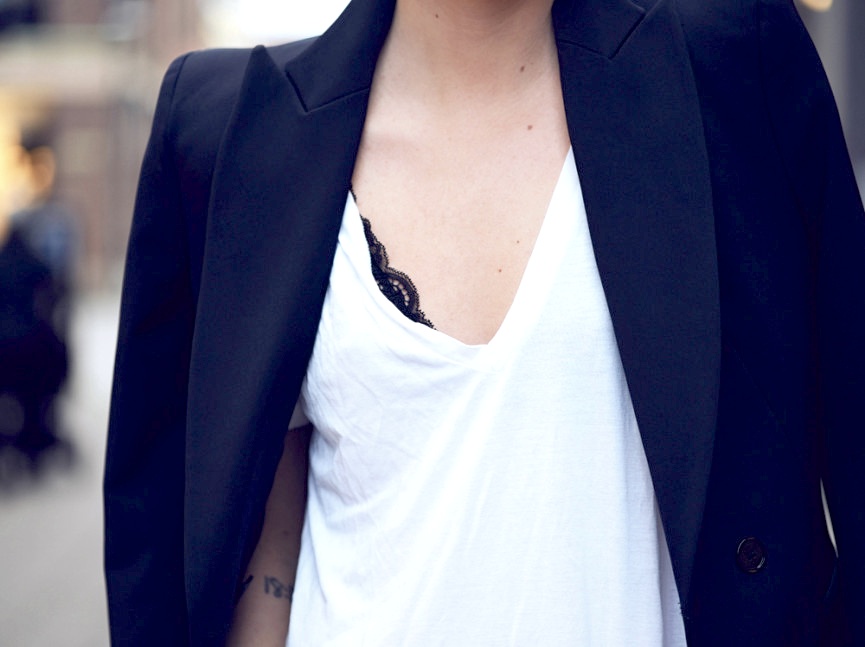 DON'T -
Wear a lace bra with a light, fitted tank. The pattern will show through.

DO -
Wear a seamless bra under fabrics that cling to you. 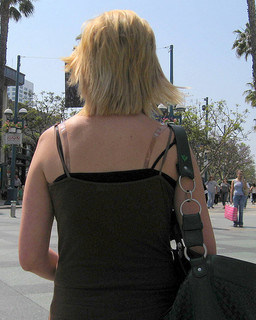 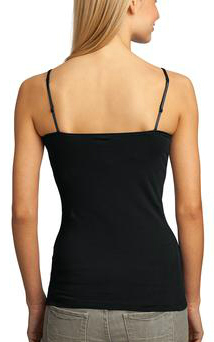 DON'T -
Wear clear straps with a strapless dress or shirt.